Comments Off on FAQ PANTOS

These questions took place in November and December 2021

Q: How is the recruitment for the PANTOS project going?

A: Pantos recruitment is going well, the new frontend dev starts in January and we are still looking for more devs. Our goal is to recruit eight more developers by the end of next year. In theory, we could also work with far fewer developers, but we have the resources to build the team properly for launch. Of course, it is more important that the developers also have the necessary know-how and bring an advantage to the project.

Q: Do you plan to register your own .pan top-level domain (TLD)?

A: Registering a new top level domain through ICANN is more work than you think, it is not comparable to a "simple" second level domain and is not currently planned. Theoretically, anyone can do it, but we don't necessarily have to. (There is no technical necessity for it either) This kind of internet infrastructure can theoretically also be managed by someone in the community or developed as an own project, if you want to do it

Q: The technology behind it will be implemented anyway, so it should be easy and fast?

A: The transfer speed depends on the speed of the network and how the validation works. With the central validator it is really fast, but in the future we will adjust the block period you expect for security (like traditional confirmations) before finalizing the transfer and possibly use different validation methods depending on the workload, this is still part of the research. For ease, the command line interface is already ready, for use it's as simple as starting a Docker container and typing a command line.

Q: What are you doing with the results now [about the first PANTOS crosschain transaction, see here, Editor's note], partners are informed and also invited to test?

A: Yes, partners will become more relevant in the BETA and I don't want to exclude the possibility that more partners will be added. The integration of new tokens will be possible without much effort and native coins can also be used and transferred as wrapped tokens

Q: You are talking about integration of new tokens, but also blockchain?

A: Yes, of course, we are already looking at Rootstock Bitcoin and other projects like Cardano, Solana, Avalanche, etc.

Q: Will we also have a news-rich December like Best?

A: Yes, the new project update will arrive in early December. We will also prepare a demo of the alpha.

Q : The project update and the alpha release go hand in hand with the new homepage, right?

A: The alpha is just an internal test at the moment, the code and software needed will not be released until the beta as far as I know. The new site is well underway but I can't promise it will be released this year, but it should be here before the BETA.

Q: I would have liked to know what things are currently on hold that are pushing back other things that are also on hold? If we knew what is leading to a possible deferral, that would be nice.

A: Yes, I understand your comment, of course alpha testing is currently our top priority and takes up most of the resources. On the research side, there is also work in progress and another publication will be submitted soon. Of course, I don't want to devalue the importance of the website in any way, but we just have to fit the schedule. Since the BEST update is also imminent and we don't want to "steal the spotlight" from either project, we will also avoid publishing both at the same time or shortly after.

Q : Can you explain how the Oracle works?

A : We will explain the exact mechanisms when the oracle is actually used. Right now it is only the result of research, but it is not yet used in the upcoming prototype.

Q : Not in the BETA phase either, right?

A : Right, in the first phases it will be a central validator that will then be gradually developed in a decentralized way. Exactly how the validation of the transaction takes place is not yet defined and can theoretically be adapted to the conditions of the networks, e.g. a relay in case of high usage or oracles in case of low usage, etc.

Q : Maybe you can announce a date when we can also stake Pantos?

A : Unfortunately I can't, but I think you will be able to test the first things in the beta.

Q : Is a PANTOS Discord planned?

Project Update Part I: Alpha Launch — Be part of the Pantos Revolution

Q: The selection of the desired service node is then done in the wallet SW? The bids for transfers are still available in the broadcast channel, which can be anything, the IOTA Tangle, the Ethereum Blockchain, a Telegram channel - the wallet picks out the bid list? Or do the offers have to be available on the source blockchain (a departure from the familiar broadcast channel principle) ?

A : Offer is transmitted directly to the node offchain, we do not use IOTA as a broadcast channel in Alpha and Beta. The cheapest one is used by default, but you can also select a node.

Q : How can you guarantee a transmission time and what happens if it is missed?

Q : A cross-blockchain transfer in the Pantos ecosystem is designed so that the only requirement for the user is to have PAN on the source blockchain. At the moment, the meta PAN is not on any blockchain? How does the
pan get on the source blockchain? With claim-first? The meta-pan itself is not born - will we be able to just pick and choose blockchains at the beginning? In other words, distribute pan across different blockchains?
Will there only be costs for the miners but no transfer? Only when the pan has been distributed can it be transferred, or?

A : In the beginning, all PANs are on the same blockchain. In the first phase, the inclusion of a new blockchain begins with a PAN transfer to this blockchain, which is initiated by us, and all further transfers are then based on this transfer. In a later phase, this distribution will be decentralised.

Q : Are there any patents registered on the PANTOS technology?

A : Is Bitcoin patented? Patents are of no use in this context, open source has far more advantages. Innovation should be encouraged, not restricted. 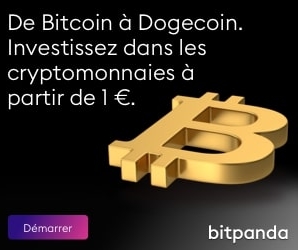